Imagine if you could walk through Charlotte’s Brooklyn neighborhood again, gliding past the homes, businesses and churches cleared by urban renewal more than a half-century ago. 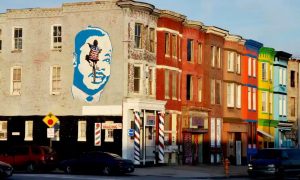 That’s the mission of researchers at Johnson C. Smith University, who received a trio of grants to preserve records and histories from several former Black neighborhoods in Charlotte. Their end goal: An virtual reality experience created with historical photos and 3-D models where viewers could experience long-gone neighborhoods.

A combined $307,000 in grant funding was awarded by the Knight Foundation, National Parks Service and National Archives for different stages of the project.